Jay-Z and Beyonce’s Old Manor is On the Market 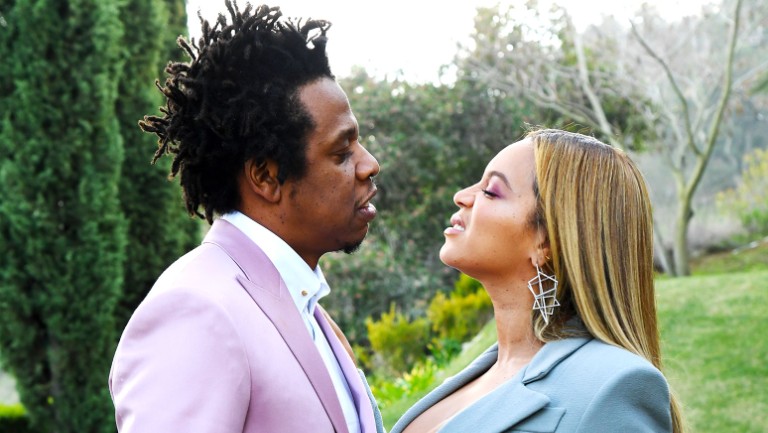 There exists, deep in the mystical lands of The Hamptons, an estate that’s passed lovingly between titanic celebs like a silver tray at a fashion week afterparty. The 19,000-square-foot palace in in Wainscott has even earned itself a name. “Goose Creek” conquers five-and-a-half acres.

The Carters (Jay-Z, Beyoncé, and their children), a family so famous that Microsoft Word even corrects Beyonce to Beyoncé, are the most recent renters. To put this expansive compound in perspective, the rent is available upon request, but was most recently quoted around $500,000 for a summer stay. Mr. Carter was quoted saying he felt like a little kid in a haunted mansion in there.

The Carters bought their own Hamptons estate in 2017. 12,000 square feet with a nearby pond that they’ll probably throw a yacht on soon if they remember they have an extra one around. Having grown up in Bed-Stuy, maybe this purchase meant more to Mr. Carter than just acquiring another property, of which he and his wife have several.

The (potentially) best power couple on the planet released their joint album under the family name, “The Carters,” last year, which further cemented their legend. People from all walks of life can find something to connect to on EVERYTHING IS LOVE.

Some notable quotes are:

“What would you do, you knew you couldn’t fail
I have no fear of anything, do everything well.” – NICE

I let my wife write the will I pray my children outlive me.” – LOVEHAPPY

Jay-Z is notorious for teaching listeners about the thoughts he feels brought about his success, but also leaving those listeners to fill in the blanks themselves. This ironically furthers his campaign. His last album, 4:44, (on which his mother is featured on “Smile” reading a poem about love, and her sexuality), was named after the spiritual signal for staying on the right path.

What fans found out on their own was that he was also born on the 4th of the month. So was Beyoncé. Their wedding day landed on the 4th. They have 4’s tattooed on their ring fingers, and B’s fourth studio album was titled… well, you get it.

“Your eyes speak the truth when everything else lies
May pretend that we kin but the vibes don’t fly
I survived reading guys like you
I’m surprised y’all think you can disguise y’all truths” – Caught Their Eyes (ft. Frank Ocean)

“I could’ve bought a place in Dumbo before it was Dumbo, for like, two million.

That same building today is worth twenty-five million.

“You wanna know what’s more important than throwing away money at a [dance] club? Credit.

You ever wonder how [some] people own all the property in America? That’s how they did it.” – The Story of O.J.

Of course, this is Jay-Z, so we can find a handful of flexes too, like one of our favorites:

“There’s no such thing as an ugly billionaire– I’m cute.” – Family Feud

As for Goose Creek, some of those other celebrity residents aren’t dual-billionaire couples, but their names certainly carry a punch. Madonna and J-Lo, to name a few.

We’ll let you see the amenities for yourself because, wow, but we’ll touch upon our favorites; like the 110-seat theatre, the pool– the indoor one, not the outdoor one, and the tennis court.

The manor’s Santa-sized list of amenities, eight bedrooms, and twelve bathrooms are up for grabs for a short $16M. A fair price for a place packed with so much clout, and potentially ghosts.

Check out the photos below, and scroll to the bottom to find a link to more luxury properties! You can also check our Celebrity News tag on our blog to find more homes to add to your list of goals!